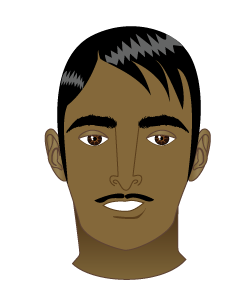 Hello! My name is Gerald and I own a large office block which is located in downtown Sydney. I am a very busy businessman so I spend a lot of time in my company offices on the telephone and having meetings. Last year, I noticed that the place was getting a bit untidy and I didn't want my staff to waste time cleaning the place up when they could be making more money for the company. I asked around and found a great cleaning company who now visit my office block twice a week to make sure it is super clean. My staff are much happier and so am I. This blog details the benefits of calling in a professional cleaner.

If you're in one of these situations, getting your carpeting steam-cleaned would be a wise move.

If you have a dust-mite allergy and have been working hard to eliminate the dust in your home to reduce your allergy symptoms, but are still finding that you are coughing, tearing up and sneezing when in the carpeted areas of your home, then this could be because there are dust mites in your carpets.

When there is a build-up of these mites in a carpet, vacuuming them is often not enough to resolve the issue, as the vacuum won't suck up all of the tiny mites that are buried within the carpet strands, in fact, the agitation of the carpet that the vacuum causes may lead to some dust mites being thrown into the air, which may result in your allergies getting temporarily worse after a vacuuming session.

In this situation, carpet steam-cleaning could be the answer to this issue. This is because the steam can not only reach in between the minuscule strands of each carpet fibre but can also kill the mites hiding within them. As such, if you have the carpeting treated with steam, all you'll need to do is vacuum the carpeting to remove the dead mites. If you use this steaming service regularly, you could notice a significant reduction in the severity of your allergy symptoms when you're in the carpeted rooms of your home.

You Have Mould on Your Carpet​

Mould can grow on the carpet for many reasons; for example, the spillage of liquids or foods, or a steady leak from a ceiling or wall above or beside the carpet can cause mould spores to multiply on a carpet. Removing mould from a carpet can be harder than removing it from other surfaces, as you cannot, for instance, apply bleach or other mould-killing chemicals to a carpet without taking the risk of discolouring it or damaging its fibres.

If you have mould on your carpet that you haven't been able to remove, then having that carpet treated with steam-cleaning equipment could resolve this issue. Carpet steam cleaning equipment can kill mould spores and can also get rid of the musty odour that so often accompanies the presence of mould on a carpet, without using any bleaching agents or other chemicals that have the potential to affect the lifespan or appearance of a carpet.